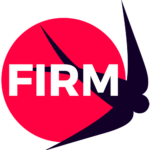 A call for a humane immigration and integration policy 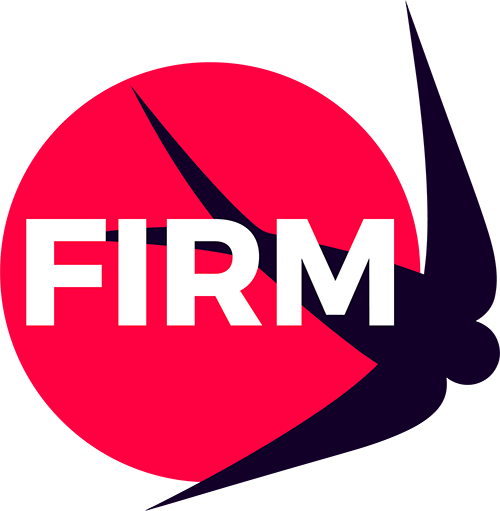 The Fair Immigration Reform Movement (FIRM) unites a call for humane immigration and inclusion policies that can truly reflect our society’s democratic values, and that draws on a distinguished history in Britain of standing for the dignity and justice of all.

The Charter emerged as a result of conversations with those who face the sharp end of current policies: with their family and friends, campaigners, politicians, journalists, case workers, volunteers, and many others who support everyone who has been affected by the increasingly careless and brutal immigration policies in Britain.

Through these discussions, it became clear that a united effort is now required to achieve the transformative change that must take place, as well as a blueprint on exactly how to accomplish these changes through a concerted mobilisation.

The FIRM Charter sets out these basic demands, as well as the core principles by which migrant communities, social justice campaigners, and progressive organisations will work together to realise.

Migrants and refugees have long felt the impact of a broken system, the hateful and misleading public discourse, and hostile immigration policies. These practices are built on the foundation of institutional racism and the legacies of colonialism which still underpins Britain’s relationship to its migrant, black and minority ethnic populations and on which the Black Lives Matter movement has recently shone a light.

The Windrush Scandal has raised awareness of the indiscriminate cruelty of the Hostile Environment Policy and the murderous impact the denial of public services has had for thousands of people denied the rights of citizenship. However, the injustices that suddenly came to light, were already well-known in migrant communities for whom these Home Office policies – such as being rendered destitute, the constant removal of basic services, the terror and trauma of unfair detention and deportation practices are everyday realities.

As national attention diminishes from the Windrush Scandal, the Hostile Environment Policy continues unabated and with force. Across the country, undocumented families are unable to work, travel, rent a home, access education, request welfare support, or seek basic healthcare without fear of detention and deportation. Many continue to wait for documents that never arrive, years of their lives wasted in opaque, unaccountable and incompetent Home Office procedures that are designed to criminalise and/or financially exhaust and bewilder applicants at every turn. Young people who grew up in the UK face intolerable anxiety, fear, and barriers as a result of the high cost of a settlement process that takes a decade to complete.

The public arena is dominated by inaccurate stories and outright racism directed towards migrants; media outlets currently play a particularly devastating role in misrepresenting migrant life in Britain. Being ‘different’ is presented as a threat, and basic human requirements for dignity and security are dismissed and mocked as ‘political correctness’ or mere opinion, not real human needs.

This discourse has produced a disturbing and distorted picture that is popularising far-right ideology, and heavily influences public policy debates and now dominates the national consciousness.

Amidst these poisonous debates, the voice of migrant communities – their experiences and their interests – are marginalised, and worse, silenced.

The scale of current injustices migrant communities now face is beyond simple redress through any single change in the law. This oppression does not fall neatly under a single policy, nor is restricted to a narrow framework of practices; it is too pervasive to be usefully addressed by exclusively focusing on immigration rules.

The solution, instead, is a total overhaul of existing systemic injustice and a sharp departure from current policies that remain utterly tied to colonialism and racism. We must start anew.

What are our demands?

The Fair Immigration Reform Movement (FIRM) Charter calls for an urgent and comprehensive overhaul of the current system, to be replaced with policies based on a common respect for basic rights, and the principles of dignity, justice, welcome and action.

We demand the immediate cessation of the Hostile Environment; this includes repealing the 2014 and 2016 Immigration Acts, as well as antecedent legislation that target people seeking asylum.

The present immigration system should be suspended immediately; Immigration and Customs Enforcement (ICE) teams, and the Immigration Enforcement Department in the Home Office abolished, and the establishment of an accessible regularisation of status for all undocumented and under-documented people living in the UK. Deportation flights and immigration detention are inhumane practices which must immediately cease.

Hostile Environment policies have had an extremely adverse impact on vulnerable groups in society: domestic workers and victims of trafficking as well as victims of abuse and crime. That is why we demand an end to all forms of slavery and an end to all unjust practices that disproportionately affect migrant workers. We demand that all workers be treated as employees with full rights. A proper fast track protection status for victims of trafficking, crime and domestic violence must also be established.

The current immigration system is entirely defined by an absence of justice for migrants in Britain as well as continuing international and historic injustices, which are inseparable parts of this same system. We are calling for the recentering of justice in our society.

There is a mass of evidence that Home Office decisions are too often misguided, discriminatory, and plagued by the culture of disbelief. This dysfunctional system requires a wholesale transformation to the fundamental workings of the Home Office, creating necessary accountability and transparency in how it implements internal procedures and its handling of individual cases.

We are calling for an immediate judicial inquiry into the many past failures of the Home Office with an aim to establish a proper system for damages for victims of Hostile Environment policies. This includes Windrush citizens as well as victims of trafficking and violence, domestic workers who have suffered abuse, international students who face systemic discrimination, families kept apart for years by unfair spousal income thresholds, young people unable to pursue higher education due to a lack of citizenship, people seeking protection and kept in limbo for years, people held in indefinite detention, people subjected to racism and abuse by government contractors providing immigration control. This would lay the groundwork for fundamental changes to the Home Office based on human rights and the principles of justice.

Legal justice also requires a functioning and just system for asylum applications. With changes to legal aid this process has become infinitely more difficult. It is not uncommon for traumatised people, who don’t speak English and who are unfamiliar with a complex legal system, to be forced to represent themselves in appeals.

Access to free and good quality legal advice must be restored for all people caught up in this complex, deeply unfair, and adversarial immigration system.

We are calling for the British Government to implement its existing commitments under human rights and humanitarian laws, particularly the 1951 Geneva Convention, and other international agreements. The British Government must reaffirm the rights of people fleeing war and persecution to seek protection, and ensure that they have access to full and equal inclusion in their countries of arrival, and the right to return safely.

These rights must be protected supporting displaced groups, such as the Rohingya and displaced Syrians, to claim their internationally recognised rights. This also includes protecting the United Nations Relief Works Agency (UNRWA) and advocating for the human right of Palestinian refugees, especially the right to return to their original homes, reaffirmed by international law and UN Resolution 194.

Many migrants come to Britain as a result of British policies abroad. British imperialism, including active participation in unjust wars; the support, financing and arming of repressive regimes; unsustainable and harmful environmental policies, all force people to leave their homes.

We are calling for these brutal policies and practices to end, and for the British Government to move towards an ethical foreign policy based on international law, human rights and support of those struggling against oppression. This includes the end of arms sales to Saudi Arabia, Turkey and Israel and other states who have long been involved in gross human rights abuses.

An ethical foreign policy also means support for groups, organisations and governments working for the self-determination of oppressed peoples and protecting human rights. It must also include a radical environmental policy that dramatically reduces greenhouse gas emissions and decarbonises the economy, prioritising the environment whilst dismantling the colonial structures that have led to its destruction.

Britain’s status as an economic power is based on its past position as an imperial power. Through its colonial plunder of resources, its practices of slavery, and exploitation of other peoples’ land, the British state has amassed considerable wealth. In the process of obtaining this wealth, numerous and heinous crimes were committed, natural environments destroyed and people’s lands and resources were taken. As a colonial power, Britain created divisions and wars that last until today and, although much of this is documented, the history and its continuing significance is unknown to most people in Britain.

The British Government must address this history by offering apologies, reparations and other means of restitution for historical crimes of exploitation and colonial violence. To ensure that this history is widely understood, and in collaboration with migrant, black and minority ethnic groups, the Government must initiate public education (including in school curricula) on colonialism, past and present, thereby supporting a contextualised and evidence-based understanding of racism and migration.

Demand for Welcome: Fighting the Hate

The Hostile Environment policies and practices have created divisions and deeply damaged the fabric of our society. Once we bring the hostilities to an end, we will have to work to repair the damage it has inflicted on communities around the country. A serious change is needed in the Government’s approach to meaningful inclusion, anti-racism and equality in order to foster a culture of welcoming migrants, and to repair the extensive damage inflicted by its policies.

A national inclusion strategy must be based on the needs of migrants and the communities that are welcoming them. The present, narrow emphasis on migrants learning English should be replaced with a considered, democratically created strategy developed by migrants in collaboration with local residents and institutions of civil society.

The scapegoating of migrants must end. Independent media oversight structures should be established, including a regulatory body with the ability to act against hate speech towards migrants, refugees and BAME communities and to ensure basic standards of accuracy.

Demand for Action: How to Get It Done

Given the sorry state of the UK’s immigration system and the complex challenges faced by migrant communities, a clear long-term strategy is necessary for this transformation. It requires a change in how grass-roots, advocacy, campaigning and civil society communities and organisations work together.

The Charter calls for a move away from top-down ‘consultation’ and towards a bottom-up, grassroots approach that supports migrant community organisations and groups to take action, in addition to a renewed commitment towards collaborative and coordinated working.